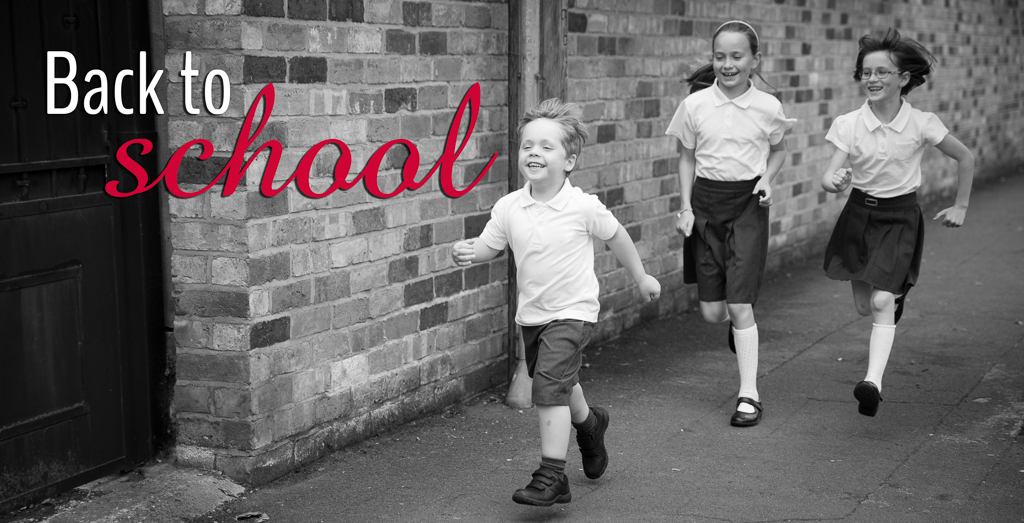 Warwickshire and West Midlands school children are back at school this week (or probably a bit later this month if they’re starting Reception) so it’s time to grab your phone or camera to capture their new uniform and shiny shoes. This is one of those photos that you and they will come back to many times over the years so here are my top back-to-school photo tips to help you get it right:

1. Find a simple background indoors or outside

The back-to-school photo is all about your son or daughter so you don’t want people or things in the background competing for the viewer’s attention.

If you’re indoors, avoid downlighters as they cast shadows in the eye sockets and you want to be able to see your child’s eyes. If you’re outdoors, avoid bright sunlight for the same reason, plus it will make them squint too. A location in shadow is better. But pick somewhere that has enough light to stop your camera automatically triggering the flash as flash lighting, especially from the tiny light on a smartphone, is harsh too. Near a north-facing window or standing inside an external doorway works well.

3.  Include something that gives a sense of scale

Unless they’re in the final years of secondary school, you’ll be amazed how much they’ll grow over the years and taking their photo with something in the shot like a lunchbox, or standing in front of your front door will help emphasise that. 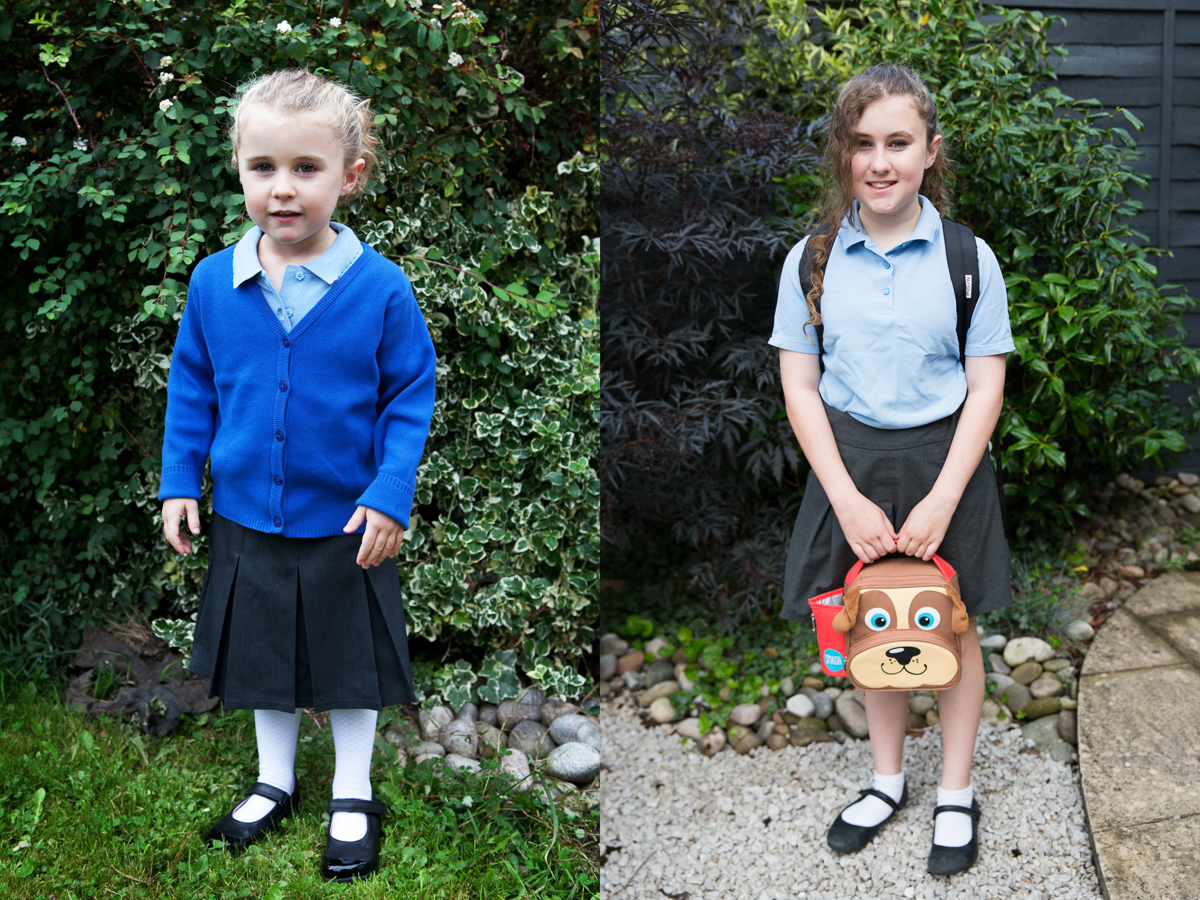 If you’ve got more than one child a group photo is lovely for you, but your children will appreciate individual portraits too – and it’s easier to do a comparison shot of the first day of Reception with the last day of primary or the first day of secondary school if you’ve photographed each child separately.

5. Do it the day before they go to school

It will be less stressful for you both and you’ll have more time to get it right, instead of doing it in a rush on the big morning.

Wishing you and your children a fabulous start to the new school year.

This site uses Akismet to reduce spam. Learn how your comment data is processed.

We use cookies to ensure that we give you the best experience on our website. If you continue to use this site we will assume that you are happy with that.OkRead more